How to do ANZAC Day at home

How to do ANZAC Day at home

Anzac Day will look very different this year, due to the difficult decision to cancel local services around the country.

Only a selection of dawn services will be held, which the public have been asked not to attend.

And it's vital we stay home, in order to beat COVID-19.

But we can all still participate in ANZAC Day and honour Australia's fallen.

I encourage you to light a candle and join millions of Australians this year for the Driveway Dawn Service. The RSL is encouraging people to gather in their driveway at 5.55am.

The ABC will broadcast the National Commemorative Service live from the Australian War Memorial in Canberra from 5.30am local time on its main television channel, ABC iview, RN and across its 55 metropolitan and regional radio stations.

The easiest way to tune in from WA is by using the ABC listen app and selecting ABC Radio Perth or by tuning your radio to 720AM.

At 6.00am, the Commemorative Service will broadcast The Ode, The Last Post and a one-minute silence. 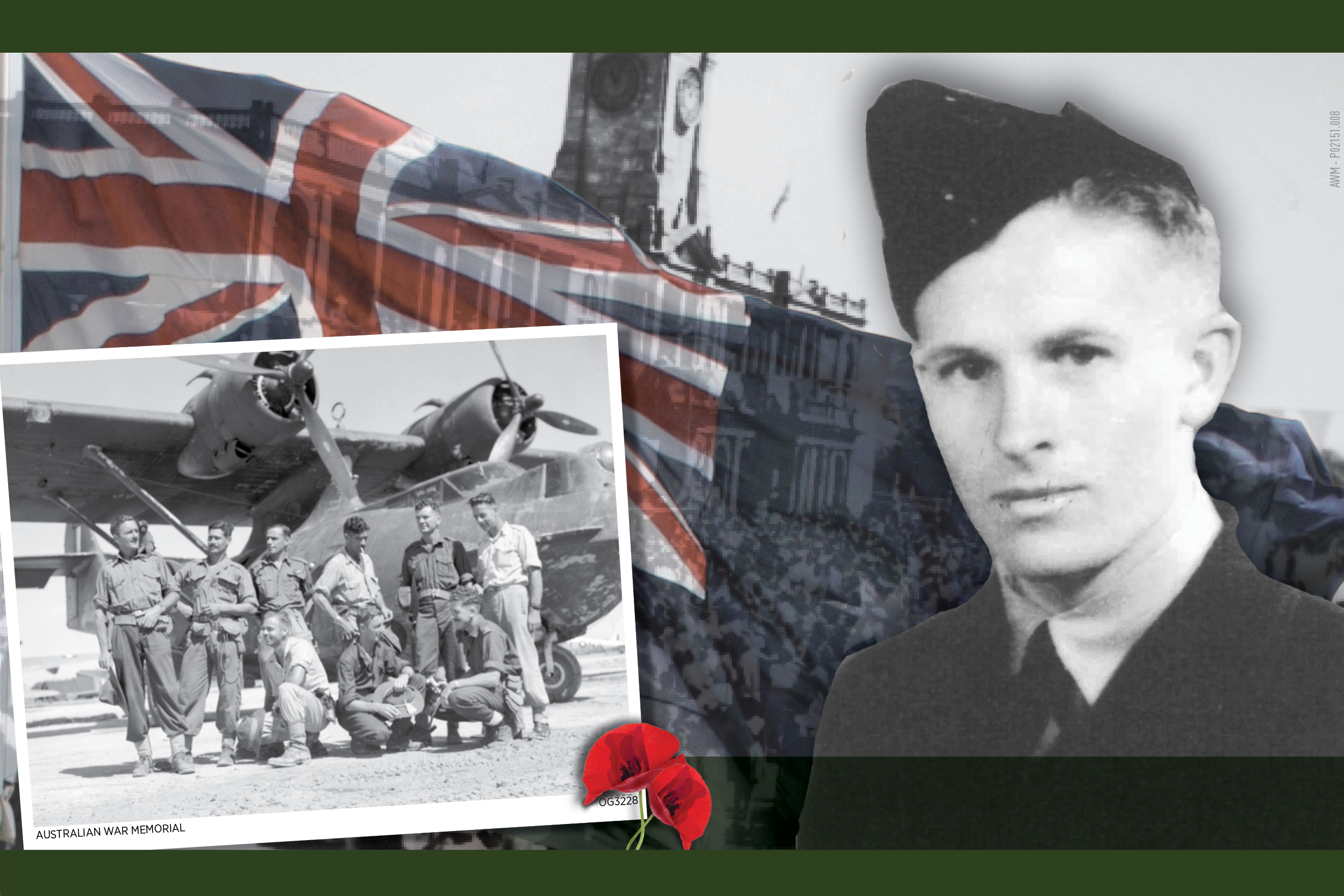 Take some time to remember those who have fought and sacrificed in the service of our country.

I will be thinking of my grandfather, Flight Lieutenant Norman “Bill” Hastie DFC who, on 31 March 1945, flew into combat against the Japanese for the last time. His aircrew's mission: rescue two downed Aussie airmen.

The RAAF Catalina aircrew landed on the water under heavy enemy fire. Bill was severely wounded as they rescued their countrymen before flying safely home. Bill, his flight crew and their Catalina are pictured above.

The Gallipoli Centenary Commemorative Ceremony from 2015 will be broadcast on the ABC main channel at 12.30pm, followed by the Villers Bretonneux Centenary Commemorative Ceremony from 2018, starting at 1.30pm.  State and Territory 2019 Anzac Day marches will be available on iview from late on 24 April. Consult a local guide for details relevant to your area. 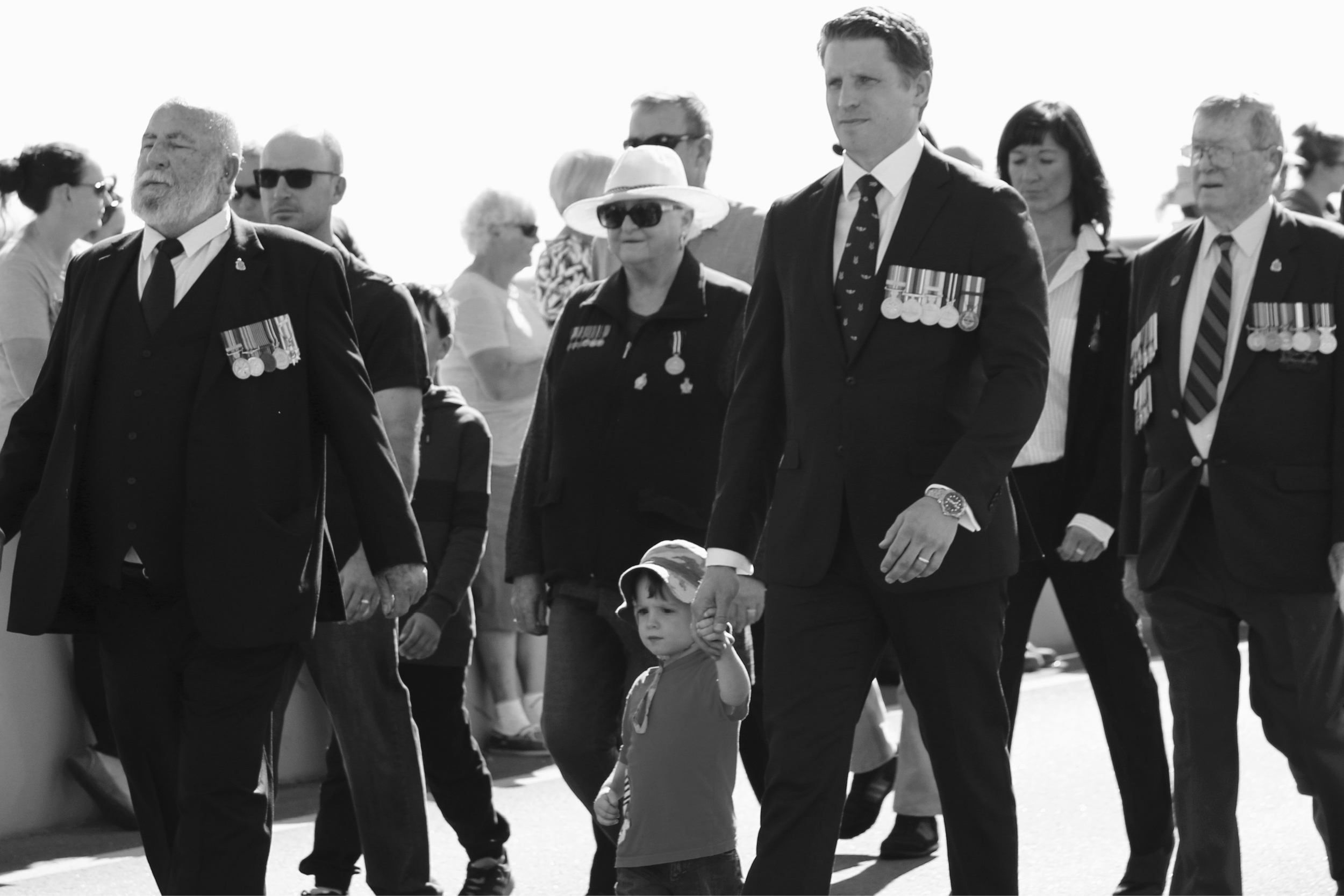 Carrying The Fire: ANZAC With Kids

One of the things I will miss most this year is the opportunity to involve my kids in the rituals of ANZAC Day. For the last two years my boy Jonathan has marched with me in Mandurah.

But there are many ways we can teach young people about ANZAC Day from home.

For the appropriate ages, you could also put on Peter Weir's classic war film Gallipoli.

I contacted Peter several years ago to ask about the movie and asked him how much he drew on Charles Bean's work. Peter wrote back that Gallipoli was heavily inspired by Bean’s official history. He even gave me the exact page number in volume 2 of the Official History that informed the final scene. It reads:

"The 10th went forward to meet death instantly, the men running as swiftly and as straight as they could be at the Turkish rifles. With that regiment went the flower of the youth of Western Australia, sons of the old pioneering families, youngsters—in some cases two or three from the same home—who had flocked to Perth with their own horses and saddlery in order to secure enlistment in a mounted regiment of the A.I.F. Men known and popular, the best loved leaders in sport and work in the West, then rushed straight to their death. Gresley Harper and Wilfred, his younger brother, the latter of whom was last seen running forward like a schoolboy in a foot-race, with all the speed he could compass."

We are not able to observe ANZAC Day as we wish to this year. But there are still many ways we can honour those who have served to keep Australia safe.

May the ANZAC example of sacrifice, mateship and courage be our guide as we care for one another through this present crisis.