On 20 January 1953 Mrs Barbara Burns (then Ms Barbara Hoad), enlisted in the Women’s Royal Australian Air Force (WRAAF) for a period of four years – rising to the rank of Leading Aircraftwoman on the 20th January 1954. However, on 22 August 1956 she was discharged from the WRAAF following her marriage to her husband Robert Leslie Burns in June of that year.

In the era of Mrs Burns’ service, married women and woman who became pregnant while serving, were not permitted to serve in the Defence Force. A discharge reason of AFR 115 (T) ‘On ceasing to be eligible for WRAAF service’ was a commonly used annotation for women discharging due to marriage or pregnancy at this time, and this was how Mrs Burns’ discharge was recorded.

Mrs Burns rightly felt that this did not accurately reflect her service and left her feeling like her service was not recognised or celebrated – or as if she had left in some sort of disgrace.

Federal MP for Canning the Hon Andrew Hastie MP was contacted to see if there was a way to recognise Mrs Burns’ service, and he was able to confirm that she is eligible for the Australian Defence Medal to recognise her service to our Defence Force and our nation.

After working with the Department of Defence to expedite the engraving and dispatch of Mrs Burns’ medal, on Tuesday 20 April 2022 Mr Hastie presented Mrs Burns with her Australian Defence Medal at her home in Byford, WA. 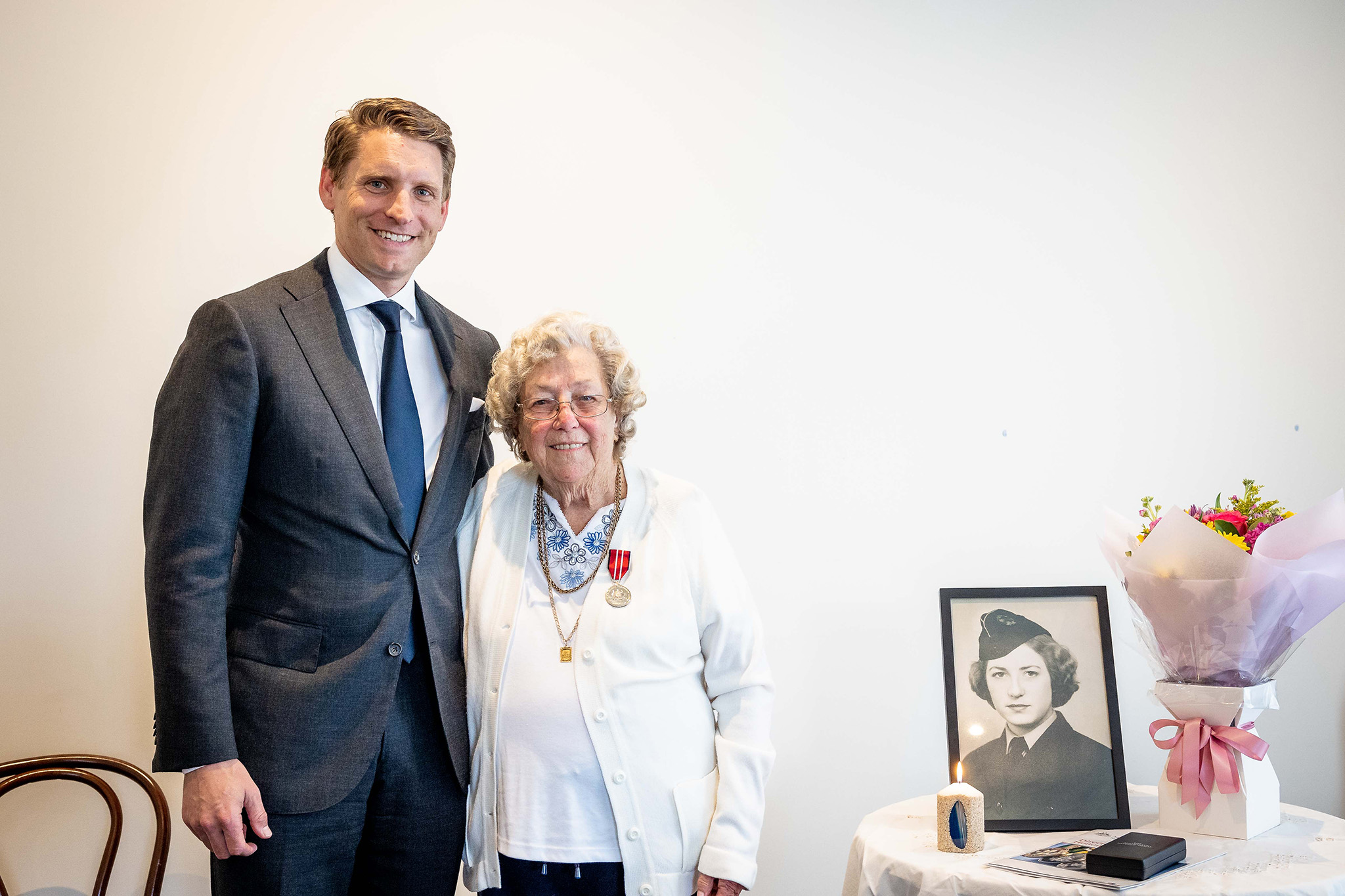 Mr Hastie said he was delighted to be able to assist 88 year old Mrs Burns, and to present her with her medal in front of family and friends.

“Mrs Burns has served her nation and deserved to be recognised appropriately for that service. In presenting Mrs Burns with her Australian Defence Medal today, I was pleased to be able to right that historic wrong, and personally thank her for her service to Australia.”

The introduction of the Sex Discrimination Act in the 1980s saw the removal of these restrictions on service, allowing serving women to have full careers in the Australian Defence Force, and to serve their Nation with pride, regardless of their marital or parental status.

The Australian Defence Medal was instituted in 2006. It recognises ADF members who have completed their initial enlistment, or four years’ service, whichever is the lesser, or for those whose discharge was as a result of a discriminatory Defence policy as in the case of Mrs Burns.

Small and medium food and beverage manufacturers in Canning are receiving support from the Morrison Government to cut their energy...

A re-elected Morrison Government will commit $2.2 million to build a new fire station for the Roleystone-Karragullen Volunteer Bush Fire Brigade...

A re-elected Morrison Government will commit $2 million to complete the installation of the Madora Bay-Lakelands Pedestrian Bridge project, making...